“Orange Fiber wins the Ideas 4 Change Award of the United Nations” states the headlines of the many articles that have been dedicated to us in recent days, but we still have difficulty believing that all this has really happened and that it is not just  a dream come true.

As stated on March 21 on the stage of TEDxRoma 2015, our mission has always been to be able to make a difference and create a better world through our work in the name of sustainability, cultural, social and environmental. Can you imagine our immense joy in receiving such global recognition?

The Ideas 4 Change Award is “a recognition of the potential environmental and social impact that the company could have at European and global level”, we are honored to have received it and we want to share this victory with you, who have always supported us and who have not have you ever stopped cheering for us.

Promoted by UNECE – the United Nations Economic Commission for Europe – and dedicated to business ideas with the potential to change the world, the competition aimed to intercept business ideas for sustainable development and the green economy – in other words , product innovation, technological applications, social innovation and process innovation.

The competition, held on the occasion of the 70th anniversary of the birth of the United Nations and held at the United Nations Building in Geneva, saw us engaged in a race on the last pitch with five other finalists – PNAT Jellyfish Barge, AEINNOVA, Breezometer, Improved Photovoltaic System – PVT and MEGA – in turn selected from among 150 new companies from 25 different countries around the world.

But before we talk about the awards, here’s how the day went. Appointment at 10 at the Palais des Nations in Geneva with all the other finalists to set up the spaces dedicated to us, where throughout the day jurors, delegates and visitors followed one another asking for information on the projects and being able to vote what they believe could have greater impact.

After the first three hours of exposure and discussion with the curious, we moved to the pitch competition where the six finalist projects had five minutes each to present their ideas to the jurors who would be called to vote for the winning startup. After the round of presentations, the jurors asked the finalists several in-depth questions to make sure they had all the elements to correctly evaluate the projects. 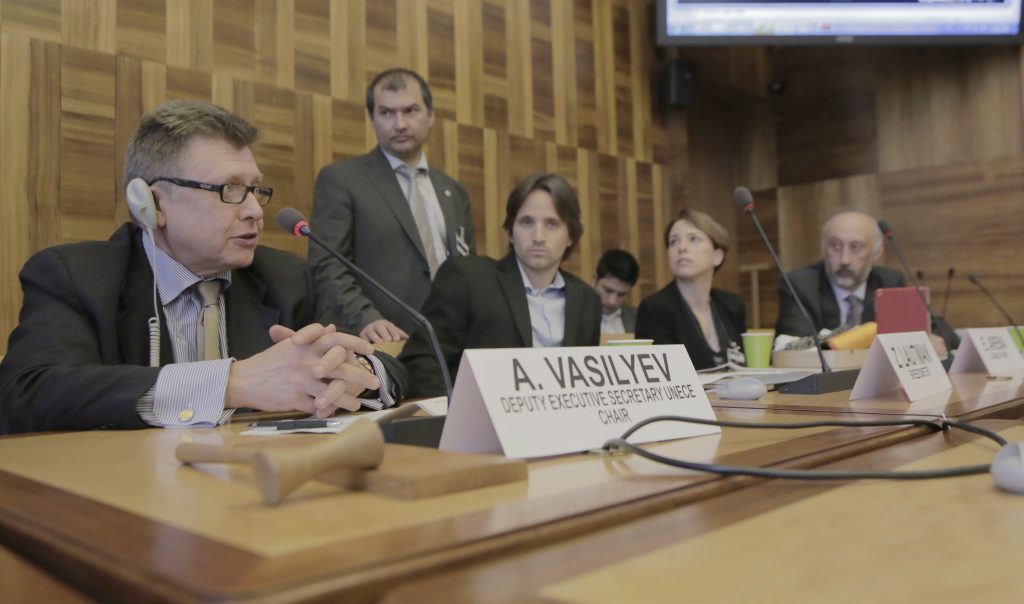 The session, chaired by Andrey Vasilyev, Deputy Executive Secretary of UNECE, concluded with a panel of experts – composed of Simon Bond, Director of Innovation of SETsquared Partnership, Mattia Corbetta of the Ministry for Economic Development and Laurent Horvath of office for the promotion of Industry and Technology of the Canton of Geneva – Switzerland and who discussed the best possible policies to be implemented at European level to guarantee first generation innovation to have an economic, environmental and social impact.

At the end of the session we returned to the exhibition spaces with a couple of hours available to win over the popular jury, waiting for the jury members to define the winners. 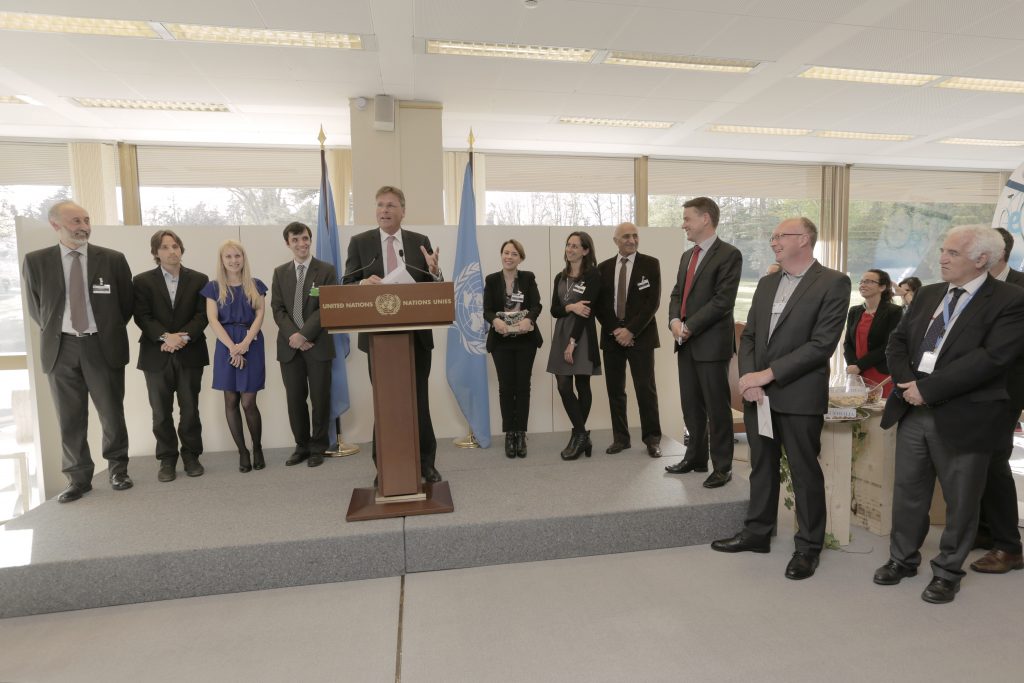 The moment of the award ceremony was unique: for the entire competition we kept active from our Twitter account, Periscope – the application that enabled us to shoot from a smart phone to show the live stream to our followers – so at the moment of the announcement, we were invested not only by the enthusiasm of the room, but also of that from home, which with so much support made this moment truly unforgettable.

Our idea was elected the winner both by the jury members and by the “popular jury” or by the delegates of the United Nations and by the visitors who visited the finalist projects throughout the day asking for information and voting for their favorite. 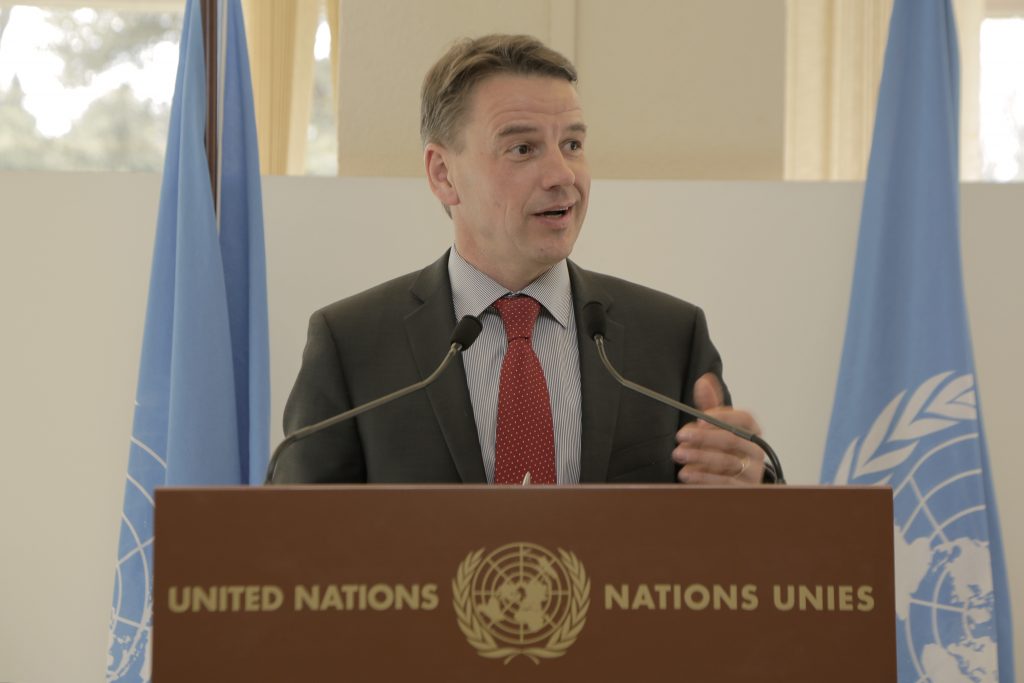 Like Christian Friis Bach – UNECE Executive Secretary – we too believe that an idea can make a difference and therefore we are honored that our company has been recognized as capable of doing this.

The victory of the Idea 4 Change Award also provides for our active participation in the work program that in September UNECE will bring to New York at the United Nations General Assembly on the occasion of the adoption of the next Millennium Goals.

We are proud to have been selected to help institutions improve the lives of future generations with technology and we will strive to demonstrate how through innovative business solutions we can address global social and environmental challenges and at the same time create new successful business models.

Beyond the competition, we go home happy because more and more projects like ours are born to build a better future and together we can really make a difference!

We close with a note of national pride: among the selected finalists there was also Jellyfish Barge, the eco-sustainable floating greenhouse designed by Pnat, a spin-off of the University of Florence, which received the “Impresa Innovazione Lavoro” award and a course of acceleration with I3P of the Politecnico di Torino. It was an honor to compete alongside them and share the podium with such innovative projects, for us we are all equally winners!

Share:
We use cookies on our website to give you the most relevant experience by remembering your preferences and repeat visits. By clicking “Accept All”, you consent to the use of ALL the cookies. However, you may visit "Cookie Settings" to provide a controlled consent.
Read MoreCookie SettingsAccept All
Manage consent

This website uses cookies to improve your experience while you navigate through the website. Out of these, the cookies that are categorized as necessary are stored on your browser as they are essential for the working of basic functionalities of the website. We also use third-party cookies that help us analyze and understand how you use this website. These cookies will be stored in your browser only with your consent. You also have the option to opt-out of these cookies. But opting out of some of these cookies may affect your browsing experience.
Necessary Always Enabled
Necessary cookies are absolutely essential for the website to function properly. These cookies ensure basic functionalities and security features of the website, anonymously.
Functional
Functional cookies help to perform certain functionalities like sharing the content of the website on social media platforms, collect feedbacks, and other third-party features.
Performance
Performance cookies are used to understand and analyze the key performance indexes of the website which helps in delivering a better user experience for the visitors.
Analytics
Analytical cookies are used to understand how visitors interact with the website. These cookies help provide information on metrics the number of visitors, bounce rate, traffic source, etc.
Advertisement
Advertisement cookies are used to provide visitors with relevant ads and marketing campaigns. These cookies track visitors across websites and collect information to provide customized ads.
Others
Other uncategorized cookies are those that are being analyzed and have not been classified into a category as yet.
SAVE & ACCEPT
Powered by